Some of the UK’s premium listed companies are downplaying climate risks. To meet the Taskforce on Climate-related Financial Disclosures (TCFD), both the Financial Conduct Authority (FCA) and the Financial Reporting Council (FRC) have assessed some premium companies are not making consistent disclosures that are subject to the UK Government’s new disclosure mandate.

With international investors increasingly calling for high-quality, reliable and transparent reporting by companies on climate, environmental, social and governance (ESG) credentials to enable trillions to flow into the financial sector, not disclosing the correct sustainability information arouses deep concerns of ‘greenwashing’ driven by some companies attempting to satisfy consumers environmental concerns and attract investments.

The FCA reviewed 170 companies at a high level and 30 companies in more detail, and the FRC reviewed 25 large companies both finding a significant increase in the quantity and quality of companies' climate-related disclosures, significantly improving on disclosures of previous years but more was needed to be done.

Sarah Rapson, Executive Director of Supervision at the Financial Reporting Council, said "It is encouraging that many companies have stepped up their efforts in providing comprehensive and consistent disclosures on climate-related risks and opportunities, as well as the impact of climate on their financial statements, but there is still a lot of room for improvement. Together with the FCA, we will continue monitoring and supporting companies to make those improvements going forward."

Having already mandated more than 1,300 of the UK's companies to require the disclosure of TCFD recommendations legally, there remain several areas where companies need to improve the quality of future disclosures. In a joint statement by both FRC and FCA, "[they] found instances where companies said that they had made disclosures consistent with the TCFD's recommended disclosures when it appeared, they had not." 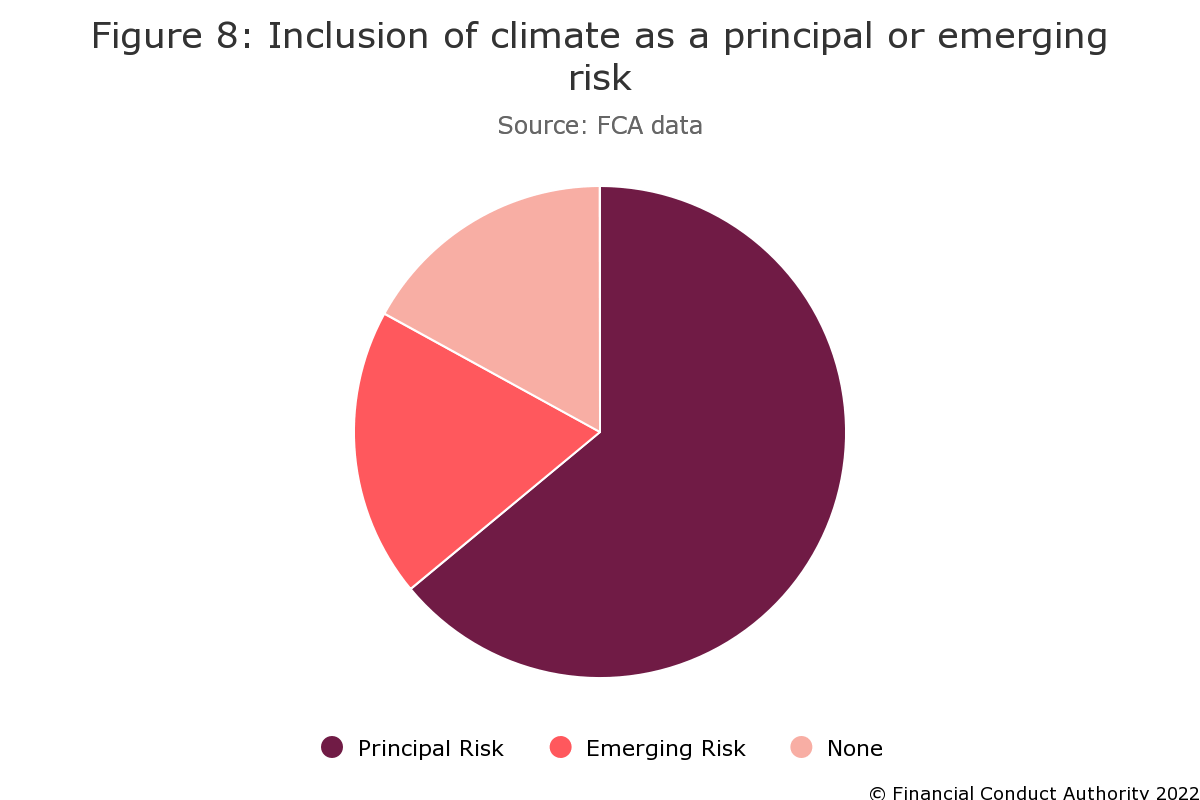 In particular, over 90% of companies self-reported that their disclosures in the Governance and Risk Management pillars were consistent with TCFD requirements, decreasing to 81% when it came to meeting all seven recommended disclosures. Companies that do not comply are potentially subjected to fines of a minimum of £2,500 and a maximum of £50,000. The FCA report identified the following key points for companies to improve on for future climate disclosures: 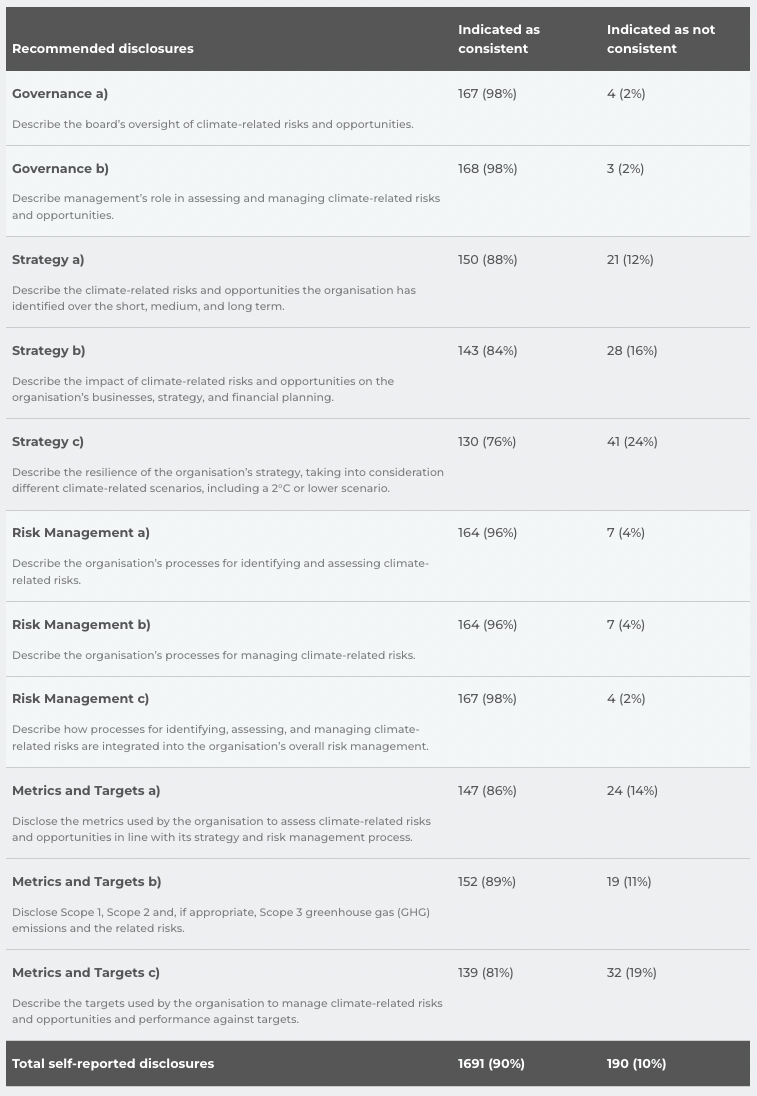 Table 1 above highlights that for six of the eleven recommended disclosures - Strategy a), b) and c) and Metrics and Targets a), b) and c) - between 11% to 24% of the companies indicated that they had not made consistent disclosures.

The FCR report identified the following key points for companies to improve on for future climate disclosures:

Since its 2015 founding, TCFD has garnered support from more than 2,600 organisations as of 2021, with a 70% increase from 2020 - including 1,069 financial institutions with a total of $194 trillion of assets under management. Exemplified by an impressive roster of organisations endorsing the TCFD framework, including Blackrock, UBS Asset Management, JP Morgan and Unilever. The TCFD framework has incorporated market feedback and attracted widespread global support due to its simplicity and consistency, which is forecasted to deepen its mandate to hold companies accountable for climate risks.

However, companies face the challenge of making sense of deepening mandates. By June 2023, certain UK-listed companies subjected to the TCFD mandate will have to publish net-zero transition plans, as well regulated investors who manage more than £50bn in assets or own more than £25bn. The FCA has identified that eight in ten businesses have net-zero statements, but TCFD's transition plans will be more depth. According to Michael Marks, Head of Responsible Investment Integration at Legal and General Investment Management (LGIM) that "the market will assess [companies' transition plans] for credibility", and "we certainly believe this will impact on their cost of capital."

Companies must back up long-term emission goals with interim targets and sufficient financial plans to reach these goals. Near-term goals are another area to watch. "If 2050 is the only bit of your transition plan, you don't have a transition plan," argues Alyssa Gilbert, Head of Policy at Imperial College London's Grantham Institute for Climate Change. Targets of transition plan whether short, medium or long-term targets are some of the uncertainties as well as how the government will sanction companies that do not comply.

Our asset-level TCFD-based climate risk assessment tool allows us to help companies understand the potential impacts of climate change on their business by disclosing mandates to provide valuable insight to investors and regulators.

Book a personalised demo with our team of climate experts or access Spectra now to streamline sustainability disclosures for your company. How real estate can build its way out of climate change